AIDS 2022, the 24th International AIDS Conference, took place in Montreal, Canada, from 29 July to 3 August 2022 with the theme, Re-engage and follow the science. This was the first fully hybrid IAS-organized conference, and almost 12,300 people from 161 countries took part in person and/or virtually. Delegates drew on their combined expertise in science, policy and activism to move towards the shared vision of a world in which HIV no longer presents a threat to public health and individual well-being. 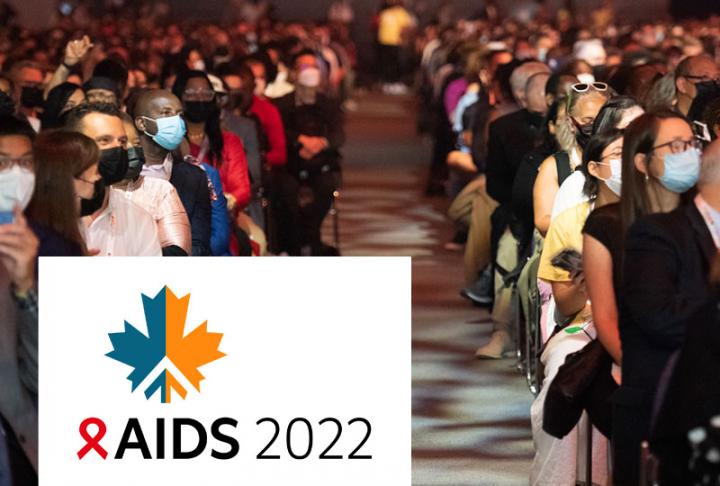 On 18-21 July 2021, 6,289 HIV professionals and community members convened virtually and in Berlin for IAS 2021, the 11th IAS Conference on HIV Science. Despite COVID-19 lockdowns, curfews and supply disruptions, the IAS delivered a robust scientific programme. Highlights included advancements in the search for an HIV cure, analysis of the impact of COVID-19 on the global HIV response and the specific obstacles faced by women and girls. 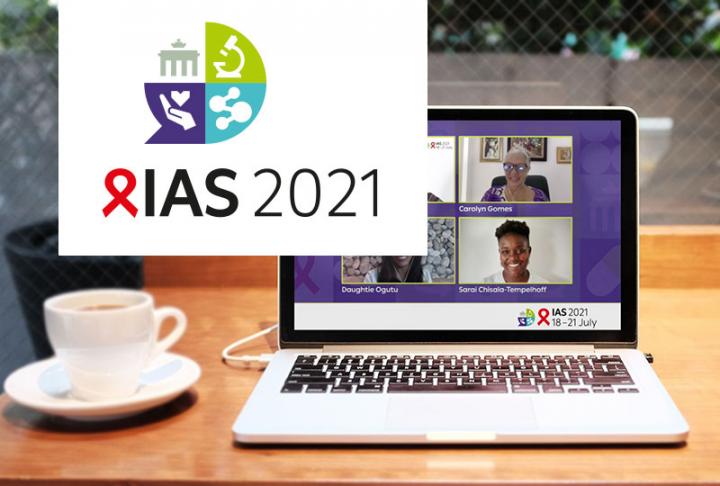 HIVR4P // Virtual, the 4th HIV Research for Prevention Conference, took place on 27-28 January and 3-4 February 2021. It brought together over 1,800 delegates from 92 countries virtually to focus on the latest research on HIV prevention science. HIVR4P // Virtual replaced the planned HIVR4P 2020, to take place in Cape Town, South Africa, in October 2020. The conference showed the enormous contribution of HIV research to develop COVID-19 treatments and vaccines, building on HIV research and trial infrastructure. It also showed that despite the challenges of the COVID-19 pandemic, HIV prevention research continued to advance, bringing a greater choice of prevention methods closer for millions. 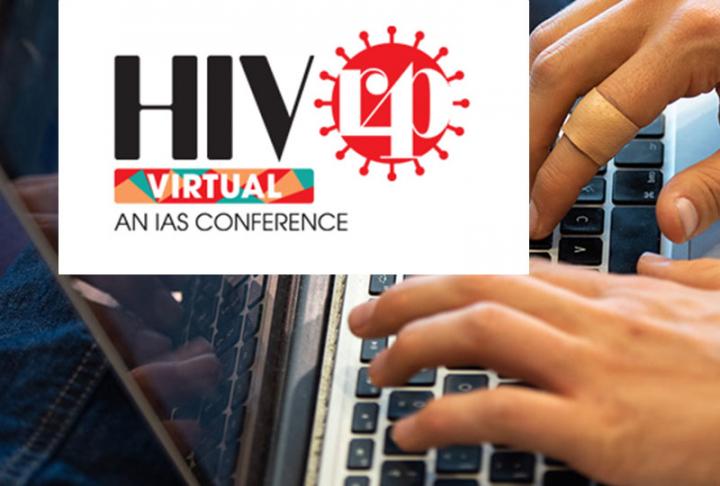 On 6-10 July 2020, AIDS 2020: Virtual, the 23rd International AIDS Conference, made history by being the first completely virtual global AIDS conference. AIDS 2020: Virtual brought together 13,453 participants from 176 countries. The theme of AIDS 2020: Virtual was Resilience, reflecting the resilience that has led to one of the most extraordinary public health responses in history. The conference highlighted new developments and insights into the most pressing issues facing the HIV response, including the impact of COVID-19. 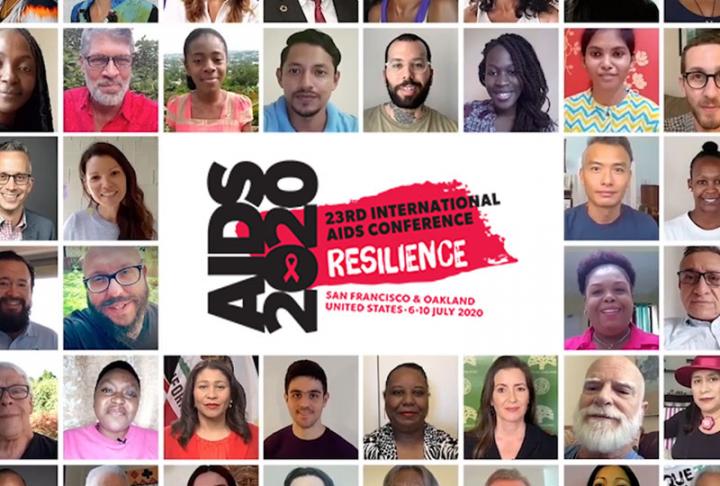 On 21-24 July 2019, close to 6,000 HIV professionals and community members met at IAS 2019, the 10th IAS Conference on HIV Science, in Mexico City. The conference had returned to Latin America for the first time since it was held in Brazil in 2005. It presented latest advances in HIV science and drew attention to the global need for political leadership to overcome cuts in HIV funding, advance a human rights-led response to HIV and address the structural and social barriers that continue to impede the response. 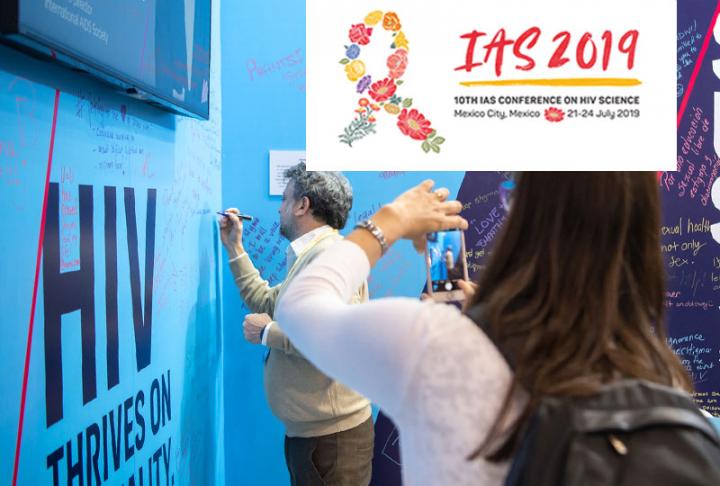 More than 16,000 researchers, advocates, policy makers, funders and community leaders from more than 160 countries came together for AIDS 2018, the 22nd International AIDS Conference, in Amsterdam, the Netherlands, on 23-27 July 2018. The theme was Breaking Barriers, Building Bridges, drawing attention to the need for rights-based approaches to more effectively reach key populations, including in the Eastern Europe and Central Asia region and the Middle East and North Africa region where epidemics are growing. 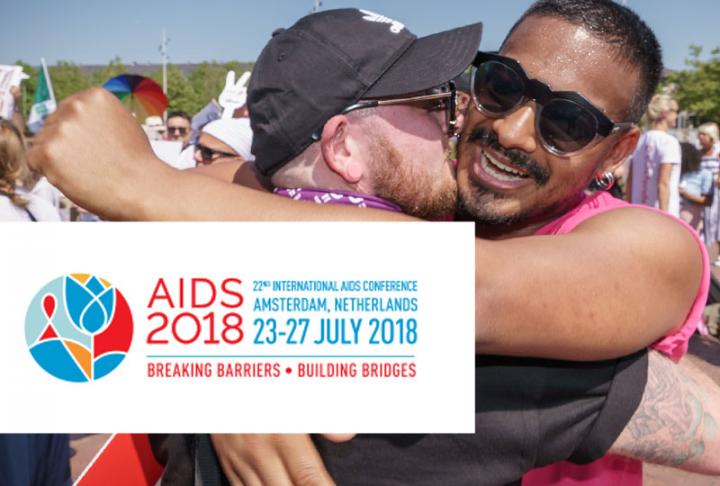 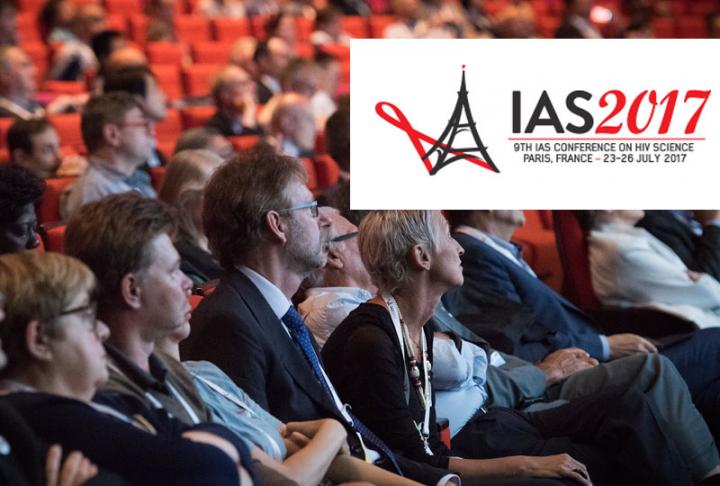 In July 2016, the International AIDS Conference returned to Durban, South Africa, where it was hosted 16 years previously. AIDS 2016, the 21st International AIDS Conference, attracted more than 15,000 participants, including UN Secretary-General Ban Ki-moon, actor and activist Charlize Theron, singer and philanthropist Sir Elton John, Prince Harry of Wales, and Bill & Melinda Gates Foundation Chair Bill Gates. The 16 pre-conferences included the fifth annual Towards an HIV Cure Symposium and TB2016. The pre-conference sessions focused on the rights and contributions of men who have sex with men, trans people and adolescents, and many more topics. This was the first AIDS Conference where all of these important pre-conferences took place at the conference venue, which made each pre-conference topic a central component of the main programme. 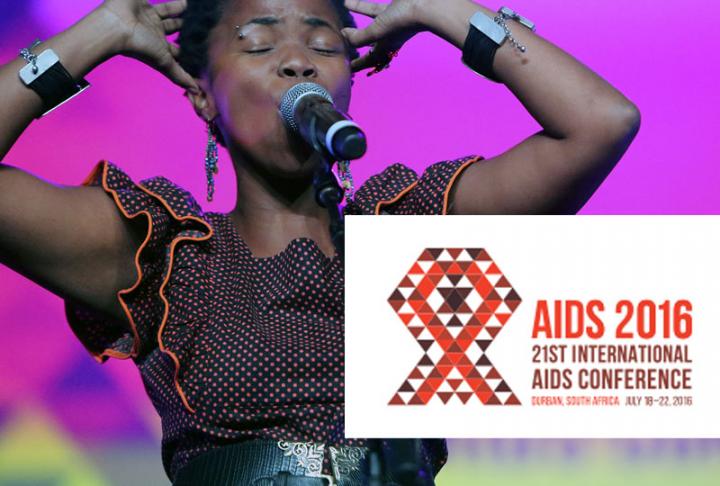 More than 6,000 HIV professionals from around the world gathered for IAS 2015, the 8th IAS Conference on HIV Pathogenesis, Treatment and Prevention, in Vancouver, Canada, from 19 to 22 July 2015. The programme included 1,200 scientific abstracts and dozens of satellite sessions addressing every aspect of HIV research and global responses to the pandemic. IAS 2015 was organized by the IAS, in partnership with the University of British Columbia Division of AIDS, based at St. Paul’s Hospital, Providence Health Care. AIDS 2014, the 20th International AIDS Conference, brought together 13,600 delegates from over 200 countries in Melbourne, Australia, from 20 to 25 July 2014 to discuss the global HIV response. Former US President Bill Clinton, Sir Bob Geldof, UNAIDS head Michel Sidibé and other international figures joined delegates from the medical, research, government and advocacy sectors, as well as representatives from communities most affected by HIV, including men who have sex with men, trans people, sex workers and people who use drugs.

IAS 2013, the 7th IAS Conference on HIV Pathogenesis, Treatment and Prevention, was held in Kuala Lumpur, Malaysia, from 30 June to 3 July 2013. The event was organized by the IAS, in partnership with the Centre of Excellence for Research in AIDS (CERiA), University of Malaya, established in 2007 to undertake HIV-related research with a particular focus on HIV and substance use and co-morbidities, including tuberculosis and hepatitis C. IAS 2013 featured many topics specific to the Asian region, such as addressing problems associated with injecting drug use and people living with HIV and tuberculosis or hepatitis C. 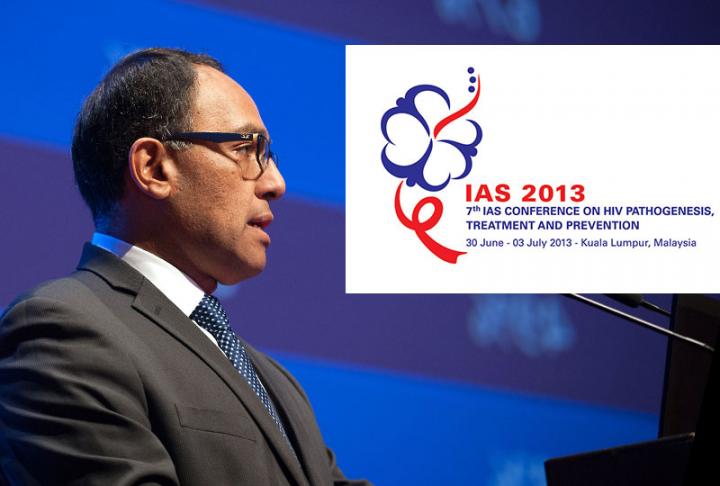 AIDS 2012, the XIX International AIDS Conference, was held in Washington DC, USA, from 22 to 27 July 2012. It convened more than 23,000 participants, including almost 2,000 journalists, from 183 countries. The IAS organized the conference in collaboration with its international and local partners. 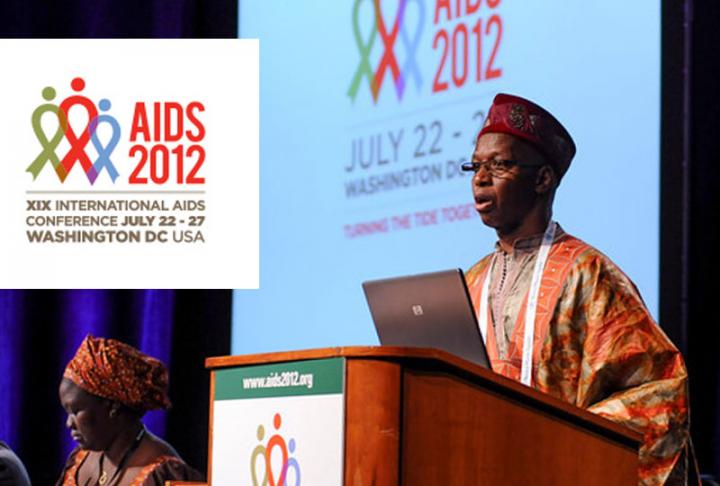 IAS 2011, the 6th IAS Conference on HIV Pathogenesis, Treatment and Prevention, brought together 7,482 participants from 142 countries in Rome, Italy, on 17-20 July 2011. It was organized by the IAS in partnership with Istituto Superiore di Sanità (Italian National Institute of Health), the leading technical and scientific body of the Italian National Health Service. At IAS 2011, advocates called for required investments to translate scientific promise into real programmes. Significant activism focused on the failure of Italy to fulfil its outstanding financial pledge to the Global Fund to Fight AIDS, Tuberculosis and Malaria (EUR 260 million from the 2007 replenishment) or commit any new funding. AIDS 2010, the XVIII International AIDS Conference, took place in Vienna, Austria, on 18-23 July during a pivotal year for the global health and development field. It coincided with the 2010 deadline world leaders set for achieving universal access to HIV prevention, care and treatment for all in need. AIDS 2010 took place just after the Group of Eight (G8) and Group of 20 (G20) summits in Canada, and before the United Nations Millennium Development Goals Summit and Global Fund to Fight AIDS, Tuberculosis and Malaria’s Third Replenishment. The conference was an ideal opportunity to examine scientific and programmatic evidence demonstrating how HIV investments are reaping significant dividends while contributing to several related global health and development goals. IAS 2009, the 5th IAS Conference on HIV Pathogenesis, Treatment and Prevention, took place in Cape Town, South Africa, from 19 to 22 July 2009, attracting more than 5,800 participants from 123 countries. It offered more than 1,550 reports on original research in four areas: Basic Sciences (Track A), Clinical Sciences (Track B), Biomedical Prevention (Track C), and – new at this meeting – Operations Research (Track D). The programme was particularly rich in research that may affect the path of the pandemic in low- and middle-income countries. The IAS organized the conference with Dira Sengwe. 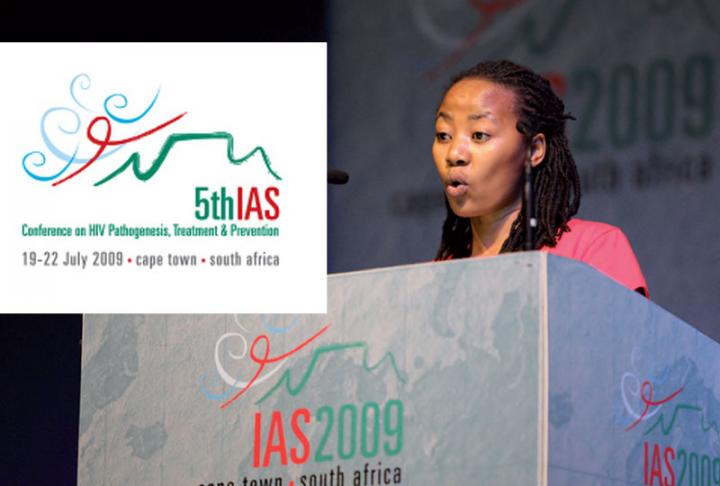 AIDS 2008, the 17th International AIDS Conference, was held in Mexico City, Mexico, from 3 to 8 August 2008. Local partners included the federal government of Mexico, the Government of Mexico City and local scientific and community leadership. International institutional partners were: the Joint United Nations Programme on HIV/AIDS (UNAIDS), the International Council of AIDS Service Organizations (ICASO), the Global Network of People Living with HIV/AIDS (GNP+), the International Community of Women Living with HIV/AIDS (ICW), the World YWCA and the Asian Harm Reduction Network (AHRN).

IAS 2007, the 4th IAS Conference on HIV Pathogenesis, Treatment and Prevention, was held in Sydney, Australia, from 22 to 25 July 2007. It was organized by the IAS in association with the Australasian Society for HIV Medicine. More than 5,000 delegates from 133 countries came together to examine the latest developments in HIV-related research. AIDS 2006, the 16th International AIDS Conference, was held in Toronto, Canada, on 13-18 August 2006. It was attended by over 26,000 participants, including scientists, healthcare providers, political, community and business leaders, journalists, government, non-governmental and intergovernmental representatives, and people living with HIV.

IAS 2005, the 3rd IAS Conference on HIV Pathogenesis and Treatment, was held in Rio de Janeiro, Brazil, on 24-27 July 2005. It was organized by the IAS with the Universidade Federal do Rio de Janeiro and Sociedade Brasileira de Infectologia. AIDS 2004, the 15th International AIDS Conference, was held in Bangkok, Thailand, from 11 to 16 July 2004. The IAS organized the conference and the Thai Ministry of Public Health was the local host. The co-organizers of the conference were UNAIDS and three international community networks: ICW, ICASO, GNP+ and TNCA, a conglomerate of Thai AIDS NGOs. IAS 2003, the 2nd IAS Conference on Pathogenesis and Treatment, was held in Paris, France, on 13-16 July 2003. The IAS organized the conference with the local host, the French National Agency for AIDS Research (ANRS). It attracted around 5,000 participants. Research presented covered topics such as complications of antiretroviral therapy, preventing perinatal HIV transmission and HIV drug resistance. IAS 2001, the first IAS Conference on HIV Pathogenesis and Treatment, took place in Buenos Aires, Argentina, on 8-11 July 2001. It attracted about 3,300 participants, including more than 600 supported by the conference’s scholarship programme. IAS 2001 focused on a better understanding of the mechanisms of HIV disease and new strategies to enhance the current therapeutic approaches promoting the concept of "translational research: from basic to clinical science”. IAS 2001 was chaired by Pedro Cahn.