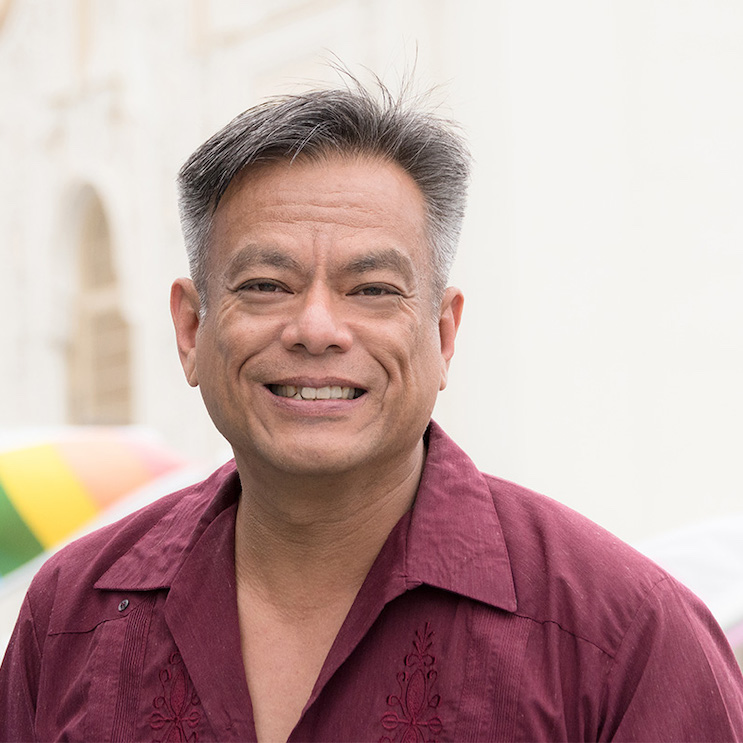 “I started noticing that my patrons didn't always show up and I would ask, “Where is this person”? And they would say, “Oh, they're in the hospital.”

The year 2021 marked 40 years since AIDS was first reported. In this interview, IAS Member Vincent Crisostomo shares his experience of living with HIV for more than three decades. From being a cocktail waiter in New York in 1984 and given six months to live, Vincent, now 60, is Director of Aging Services at San Francisco AIDS Foundation.

When did you first hear about HIV and AIDS?

The first time that I heard about HIV or AIDS was when I was living in Japan—it was December 1983. This guy I was dating brought the English language newspaper to me and said, “Hey, have you heard about this?” And he asked me if I had it. I didn't even know what “it” was.

Probably the most vivid memory that I have was leaving Hawaii summer of ’84, coming back to San Francisco and thinking, this is a ghost town. Nobody was out; it was so quiet. Then I moved to New York. I moved three times that summer. I worked at a bar called Uncle Charlie’s. I started noticing that my patrons didn't always show up and I would ask, “Where is this person”? And they would say, “Oh, they're in the hospital.”

How did you find out about your diagnosis?

In 1989, I thought I had strep throat. I went to a clinic and when they found out I was a gay man, they said, “Oh, you need to go here.” So, I went to this other clinic and somehow I was talked into getting an HIV test. I thought, “Well, it’s not going to matter because I’m not going to have HIV.” A month later, I got home and there was a card that said, “Please come back to the clinic. We need to talk to you about your test.”

I went back. The doctor just started talking about HIV and AIDS, and then she blurted out, “You’re HIV positive.” And I had to stop her again and say, “What does that mean?” She said, “It means you’ve been exposed to HIV and most likely you’ll develop AIDS.” So, my first thing was, “Well, how long do I have to live?” I was 28. She said, “I don’t expect that you’ll see 30.” I'm 60 now. She was wrong.

What was life like in those early days of the epidemic?

I remember walking with a friend in Greenwich Village and him running into another friend, a woman who was pushing a baby in a stroller. My friend went to say hello to the baby and the woman said, “Stop.” It was a little freaky. They weren’t worried about him doing anything to the child. They were worried about the child getting AIDS.

A lot of fear is usually based on the unknown and there was so much unknown. All the populations that HIV seemed to be affecting were highly stigmatized. In my first support group, they told me that I was the youngest person that they'd seen and the first person of colour living with HIV to join the support group. I’m guessing that the people of colour might have been getting their services somewhere else.

It’s been strange to see some of the parallels that have happened during the COVID-19 pandemic. There has been fear of the unknown, there has been denialism, there have been many equity issues. For many of us, this has been a time to re-frame what has happened to us in the ‘80s and ‘90s.

“Now my experience has taught me: you follow the science, you look at what's happening. You educate yourself about the best you can do and you make those choices accordingly.”

How did you respond to treatment?

Honestly, I was very lucky through my first round of illnesses. I was able to heal holistically through nutrition and alternate therapies. I knew a bunch of people in New York who had some amount of influence and money, and they were so desperate for treatments. I watched what their desperation did to them. Therefore, I didn't take medication until 1996 because I had developed a huge mistrust of the medical establishment.

That has also changed with COVID-19. Now my experience has taught me: you follow the science, you look at what's happening. You educate yourself about the best you can do and you make those choices accordingly.

What is your message to young people living with HIV today?

I hang out with a lot of young people and I ask them, “What is the world you want to age into?” Nobody asked me when I was 24, when I was 30, what I wanted to be doing when I was 60 because nobody thought I was going to live that long. And I realized that I'm in a position where I can change that. Let's start planning it now!

What is the focus of your work now at San Francisco AIDS Foundation?

We engage in policy and advocacy work to make sure that funding and policies exist to support people ageing with HIV with the health services and programmes we need. On a community level, we’re providing social support services so that folks can rebuild their community. We’re doing all of this work through an equity lens, so that LGBTQI+ people, people of colour and other marginalized populations aren’t forgotten.

You can hear more from Vincent on our podcast, HIV unmuted.

Vince Crisostomo is a gay Chamorro (Pacific Islander) who has been living with HIV for more than two decades. He believes in the power of community and is passionate about bringing healthcare and social justice equity to people of every sexual identity, HIV status, gender, race and age. Over his 30-year career, Mr Crisostomo has worked in the US and Asia Pacific region as an HIV educator and executive director for community-based organizations, including the Coral Life Foundation and 7 Sisters. From 2009 to 2010, he served as the UNAIDS Asia Pacific NGO delegate, and more recently, as Co-Chair of the HIV and Aging Work Group of San Francisco’s Long-Term Care Coordinating Council. In 2019, Mr Crisostomo was honored as a Community Grand Marshal for the SF Pride Parade and Celebration. He is currently the Director of Aging Services at the San Francisco AIDS Foundation.