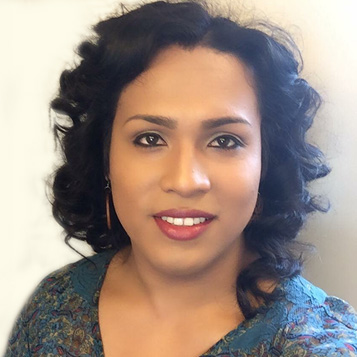 From trans rights to the right HIV response

Liaam Winslet, is a peer educator for the Transgender Family Programme at the Community Healthcare Network (CHN), providing health and social services to low-income communities in New York, United States. Liaam became an International AIDS Society (IAS) Member in 2016 and was a scholarship recipient of the 21st International AIDS Conference (AIDS 2016). Originally from Ecuador, Liaam emigrated to the United States in 2012 to live freely and openly as a transgender woman and to work towards advancing the human rights of transgender people. Liaam opens up about her struggles as a trans Latina woman, the barriers transgender people face in accessing healthcare, and what needs to be done to end the HIV epidemic among this key population. This is her story…

“We are all born free and equal with the same human rights. Trans people are no different.”

I am a survivor of violence and know what it is like to be excluded and to have your rights violated. I became an activist when I was 15 years old to defend the human rights of the lesbian, gay, bisexual, and transgender (LGBT) community in Ecuador – my home country. I became an activist because I experienced first-hand the discrimination and hatred for who I am – a transgender woman. I was treated differently, as a third or even fourth class citizen in Ecuador. We are all born free and equal with the same human rights. Trans people are no different. My society did not let me participate and silenced my voice – I had little or no access to education, health services, and employment. During my high school studies, I was frequently verbally and physically abused for living openly as a transgender woman.

Globally, transgender people are more vulnerable to HIV, particularly transgender women who are 49 times more likely to acquire HIV than the general population. HIV in Ecuador is very high among transgender sex workers, with an HIV prevalence rate as high as 32%. After my friend was kicked out of her home because she was HIV positive, I decided to get involved in HIV prevention and education efforts. It was that instance that gave me strength to show society that love and affection should not change the moment someone is diagnosed with HIV, nor should it because someone is transgender. In my town and country, it was taboo to talk about HIV and transgender issues. For this reason, I worked as a health educator in my local trans community, specifically with transgender women sex workers aged between 16-29, to raise their awareness about HIV and teach them prevention strategies. 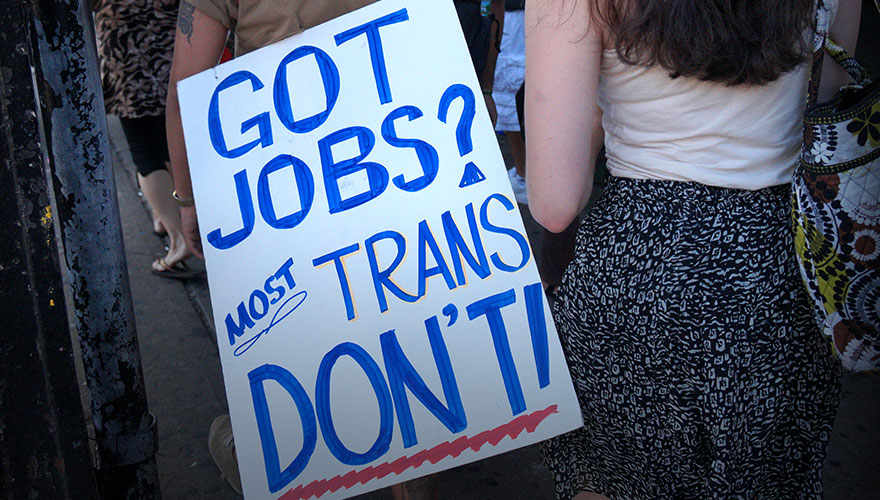 Unequal in the eyes of the law and society, we struggle on a daily basis with discrimination, violence, and harassment, which makes it difficult, if not impossible, to obtain the skills and education we need to find employment.

The trans community in Ecuador achieved an historic win in 2015, when the Government passed a law enabling transgender people to legally change their name and sexual identity. Although attitudes are beginning to change, there are still very few legal protections that ensure equal access to health, employment, education, and social services. Unequal in the eyes of the law and society, we struggle on a daily basis with discrimination, violence, and harassment, which makes it difficult, if not impossible, to obtain the skills and education we need to find employment.

Studies done in various countries show that transgender populations experience dramatically higher rates of unemployment and poverty, which is why many resort to sex work in order to survive. Sex work often extends beyond basic survival needs – such as food, shelter, and clothing – to gender transition costs such as hormone replacement therapy. 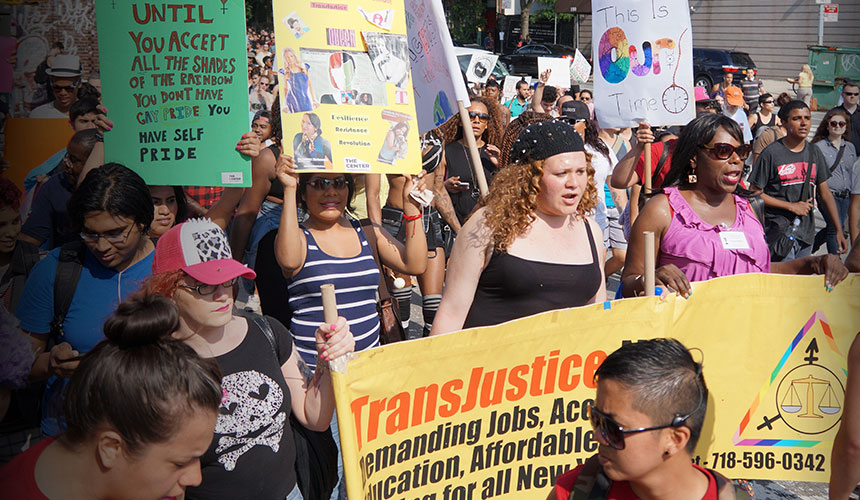 It was a hard reality for me to see that the same issues I saw and experienced in Ecuador were also happening in trans communities in the United States – we are still an invisible minority.

When I was 24 years old, I moved to New York in search of a better life as a trans woman. Soon after arriving in New York, I started volunteering for the Transgender Family Programme at CHN, providing education about HIV prevention and testing to transgender sex worker communities. Every night, I would go out to the very streets they were working on, to connect with them directly. I ended up seeing for myself the needs and confronting realities they face.

It was a hard truth for me to see that the same issues that I saw and experienced in Ecuador were also happening in trans communities in the United States - we are still an invisible minority. I realized that we need strong initiatives that make our rights as transgender people visible and unite us to collectively fight as a community.

Currently, there is a lack of data, particularly around HIV risk and prevalence, among the trans population. Often the needs of transgender people are discussed in combination with those of men who have sex with men (MSM), but this erases the identity of trans people, who have unique needs and experiences from MSM. Data that is collected should reflect these disparities and specifically target the transgender population to better inform health strategies and outreach programmes. Our reality is unique and we need more programmes that are trans-specific, trans-inclusive, and trans-led.

Our reality is unique – we need more programmes that are trans-specific, trans-inclusive, and trans-led.

To stay informed about the current issues that are affecting the trans community in New York, CHN holds two support groups twice a week for transgender women and men of all nationalities, ethnicities, and social backgrounds. I am also part of the Popular Opinion Leaders (POL) programme in New York, which is a trans-led initiative. The programme reaches transgender people who can’t easily access healthcare support, such as immigrants and those without health insurance. POLs are transgender leaders, like myself, who are trained to provide information and teach skills to influence positive behaviours regarding sex, HIV, and sexually transmitted infections (STIs) among our transgender community and circle of friends.

“A major barrier to receiving adequate healthcare services is finding competent healthcare professionals who make us feel safe and supported.”

The main challenge we face is access to the healthcare system. We are often deterred from seeking HIV prevention, treatment, care, and support services out of fear of stigma and discrimination. We are denied or receive limited health services due to a range of issues such as immigration status, language barriers, discrimination, and lack of friendly-services for trans people. A major barrier to receiving adequate healthcare services is finding competent healthcare professionals, who make us feel safe and supported. Healthcare professionals need to be prepared, trained, and especially understanding of the realities that we face. We need to be able to rely on health professionals to be dependable, listen to the needs of transgender people, non-judgemental, and deliver diverse services in order to reduce HIV prevalence among the transgender community.

I wanted the international community to understand that transphobia continues to prevent an effective response to the HIV epidemic.

Community dialogue is instrumental to the HIV response, but I know that, unless our voices are recognized on a global level, transgender people will remain invisible. Last July, I attended AIDS 2016 to share the struggle of thousands of my trans brothers and sisters, who all too often have been forced to flee their homeland to save their lives. Our struggle must not be forgotten and I felt AIDS 2016 was an appropriate forum for our voices to be heard, and our stories and realities to be shared. I wanted the international community to understand that we are victims of violence and are forcibly displaced from society because of our identities. I wanted the international community to understand that transphobia continues to prevent an effective response to the HIV epidemic. Stigma, discrimination, and a lack of legal recognition continue to prevent us from accessing life-saving, basic HIV-related health services that we need.

It is time for the world to deal with the fact that our fundamental human rights are being denied, and that without equal representation in our society and decision-making positions, we are being left behind in the HIV response. It is time for all countries to take real and clear actions to end the growing HIV epidemic among the transgender community. Political leaders must amend and enforce laws that afford us fundamental rights and protections.

Every human being deserves to enjoy the same basic human rights – such as the right to education, healthcare, gainful employment, and to live without fear of violence – and this should be no different for transgender people.

Please note that parts of this interview with Liaam Winslet have been edited or condensed for clarity.