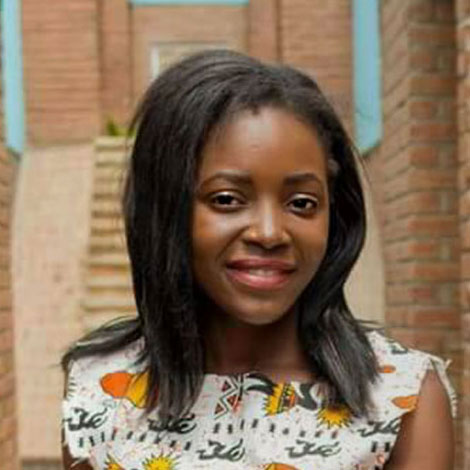 Grace Ngulube (23) was born in Malawi. She is a Youth Champion for the Peer Power Project supported by the IAS and also a peer supporter/project coordinator for the REACH and Peers to Zero Projects for WeCare Youth Organization. She began her involvement in activism at age 16, and is currently studying social work and HIV management while working as a peer supporter at Zalewa clinic in Neno, Malawi. This is her story…

When I was 10 years old, my primary school held an HIV campaign. It is an odd thing to many people outside of Africa, but here it’s commonplace. I decided to get tested, but when results were supposed to be received, the school counsellor never gave mine. Instead, he told me to return to school with my parents. I brought my aunt with me because I already had lost my mother. Even though I was young, I somehow knew something was wrong. The truth was that I was born with HIV, and unbeknownst to me at the time, my entire family was living with the virus also. My mother had died of AIDS because she did not receive treatment. Four years later, my aunt revealed all of this truth to me, she had been keeping it secret because she was afraid that I would commit suicide.

And it was not an easy moment. I was heartbroken. I started antiretroviral medication but, being so young, it took my three years before I was able to regularly adhere. Accepting that I was living with HIV made me feel isolated from my friends and classmates and from my childhood in general. Eventually, when I was 16, I was introduced to other young people living with HIV and it changed my life.

“Young people who were also born with HIV were thriving beyond diagnosis. And I wanted to do the same.”

Those interactions with community drove me to volunteer and provide support to teenagers living with HIV. I know from first-hand experience that young people are afraid to talk about the challenges they face, including adherence. Peer support is therefore key. For this reason, I share my story as a reminder that we are not alone and to push for greater access to services.

Many health services do not meet the needs of young people. They are often inaccessible or are not comprehensive on sexual and reproductive health and HIV, which is of utmost importance to youth. The consequences of this failure can forever change the course of young people’s lives before they have even begun, and include early pregnancies, child marriage, increased HIV incidence and low adherence to treatment. This made me think about how I can help make sure that young people are aware and included in programming of these issues.

“To bring youth-friendly health services closer to young people – services that also involve them directly – many barriers must be addressed.”

As a champion for youth-friendly health services, I work with and encourage young people to participate in the programmes.

This involves setting up and supporting new and existing peer-led groups in public health facilities and schools. Our goal is to engage young people through awareness campaigns that provide information on where to access youth-friendly health services. Through direct action, our voices and needs are heard, and we can effect lasting change.

The success of the work hinges on what also makes it challenging: relatively weak participation by young people in programmes for young people. We have the ability to empower young people by giving them leading roles in advocacy and through mentorship from seasoned champions in the HIV response. HIV activism has spurred me to be strong and inspire other young people living with HIV to live positively, to take a leading role in the fight against the epidemic.

Around 40% of the population in my home country is under 15 years of age and Africa has the youngest population in the world. If ever there was a time and a place to give youth the tools to lead, it is here and now. As a young activist, I believe that it is high time that young people come out and speak out about issues, rather than waiting for others to advance their issues on their behalf. Although role models and mentors are key to young HIV activists’ growth and evolution, it’s time to take our lives and our leadership in our own hands. Let us end this epidemic, once and for all.