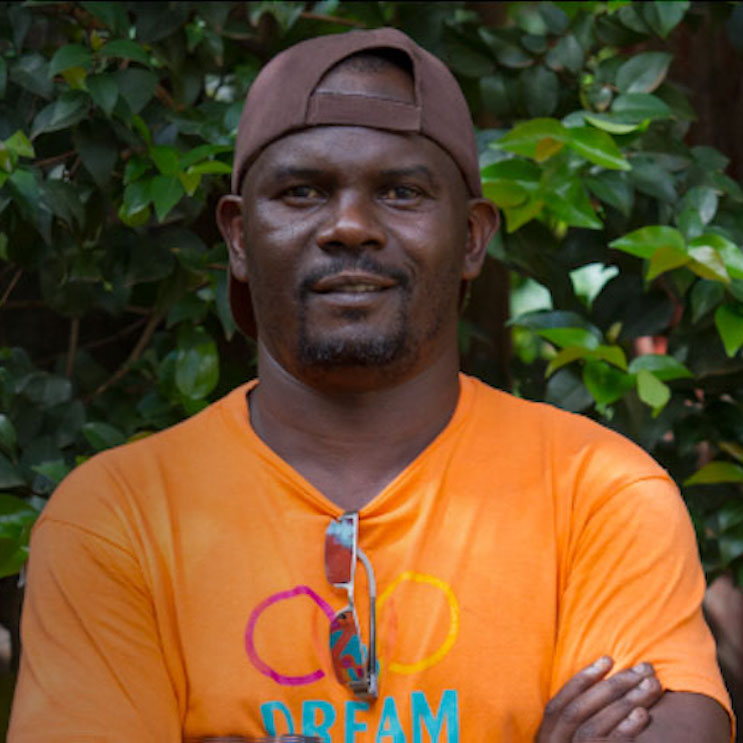 I travelled home next to my coffin to die

“Many people in developing countries, still today, do not have equitable access to essential medicines across all diseases, not just HIV”

Moses Supercharger is well known as a musician and DJ in Uganda. He says he went through a time of fire when he tested positive for HIV. Then he forged his way through stigma and myth to become an HIV cure advocate. This is his story ...

I live in Kampala, Uganda, and I am an HIV cure advocate.

In the early 1990s, my girlfriend warned that if you sleep with other people’s wives, that man can send you witchcraft and make you sick. I did not listen. In 1994, I took an HIV test, which was positive. It was bad at the testing centre: everybody was crying because counselling was not good at that time. When I asked the health worker how long she expected me to live, she said that if I feed myself well, I could live for six months!

ARVs, but not for Africa

At that time, antiretrovirals (ARVs) were available in the US and Europe, but not in Africa.

HIV was considered a death sentence. No one wanted to sit with me. I was alone and frightened.

When I started treatment in 1998, it worked well. But we had to buy ARVs. So, I took it now and then: I could not afford it and I didn't know why adherence was important. Around 2000, it no longer worked: I had developed HIV drug resistance.

“My aunties bought my coffin and other burial requirements. Then I went home in the back of the pickup, next to my coffin.”

Getting ready for death

I got very sick. My family thought I was going to die and they immediately organized a meeting … I was very sick, but I could hear everything they were discussing.

Their concern was the expense of taking my body to our ancestral home, around 150 miles (about 240km) from Kampala, after I died.

They decided that I should go by bus. They agreed that it was cheaper than renting a pickup to take my body. The following day, I was put on a bus. Passengers complained because I was vomiting too much and I was kicked off the bus with my four aunties. Someone offered to take us home in their pickup.

My aunties bought my coffin and other burial requirements. Then I went home in the back of the pickup, next to my coffin.

My sister, Sara, arrived from abroad for my funeral. She said, “No, you can’t give up on somebody.” She got me to a centre, which put me on a new drug regimen. My sister saved my life. I named my daughter after her.

A doctor told me about drug resistance and treatment adherence: if this regime fails, I will die.

If I, Supercharger – living in the capital, with access to the internet – didn't know that, how would most Africans know? That was the start of my advocacy.

I went through a time of fire. I thought I was going to die. I don’t want any other person in the world to go through that.

An HIV cure will mean, first, that people in Africa don’t have to rely on donors buying our ARVs. Second, we won’t have to take medication. And third, because of stigma, people with HIV are denied jobs and the marriages we want. A cure will set us free.

A cure will come

Nobody believed that a person would ever be cured of HIV. But when Timothy Ray Brown was cured, we had proof that a cure is possible. I know the cure will come one day.

You can hear more from Moses on our podcast, HIV unmuted.

Moses Nsubuga is a musician, radio and TV presenter and HIV advocate who has lived with HIV since 1994. Driven by his courage in the early days of his diagnosis, he propelled himself to the global stage as a formidable advocate for HIV prevention, treatment and cure research. Moses actively supports the IAS Towards an HIV Cure initiative, chairs the Joint Clinical Research Centre’s Community Advisory Board, and represents the African community on the ACTG, INSIGHT and AIGHD boards. He is now training new prevention and cure research advocates and fundraising for an HIV treatment and adherence centre in Uganda.